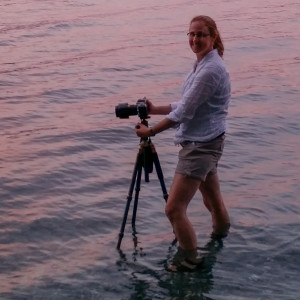 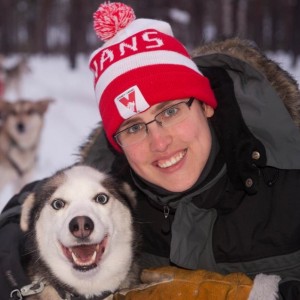 Kristin Repsher is a landscape and travel photographer based in Calgary, Alberta.

Even as a kid, she took way too many photos. Any disposable camera her parents handed her was instantly filled; it’s probably best that most of those early snaps are still sitting in boxes waiting to be developed!

Her fascination with being behind the lens stems from her photography-mad grandparents (since it certainly didn’t come from the beautiful natural surroundings that she had in Houston during her childhood). They travelled the world during their retirement photographing both landscapes and the wildflowers that grew in them, and the majority of their 10,000 slides can be seen on their Wild Flower Gallery.

She finally acquired her first dSLR in 2008, mainly because she was so disappointed in her point-and-shoot’s inability to shoot long exposure nightscapes of the mountains of New Zealand. Her skills were mostly self-taught with the occasional group workshop. She loved the format of on-location workshops, where you can learn from both tutors and peers, so much that she now offers them herself.

Now, Kristin is a professional landscape and travel photographer. She is inspired by the epic landscapes of the world and the adventures they entail. No matter whether it’s sunrise, sunset, or the Milky Way is shining high in the sky, she can be found trying to capture the photo that truly tells the story of how she sees a location. In between photo shoots, she can often be found hiking in the backcountry or throwing herself out of perfectly good airplanes. She usually lives to tell the tale of her ‘adventure travels for the uncoordinated’ on A Pair of Boots and a Backpack.

Her photos of these adventures are internationally award-winning. More than 60 of her images have been accepted into exhibitions in 26 countries, with a number of images receiving awards reserved for the top 1% of the show. In 2016, she was awarded the honour of FAPS from the Australian Photographic Society and the honour of AFIAP from the Fédération Internationale de l’Art Photographique in recognition of her achievements. In addition, her work has been featured in publications such as National Geographic, Australian Traveller, InTravelMag, and Texas Monthly.

She is available to work on assignment for commercial clients, especially those looking for editorial or advertorial images. She has previously shot on assignment for tourism bodies such as Visit Finland and Visit Norway as well as commercial enterprises such as Expedia, Europcar, and Finnair. More information about potential partnerships can be found in her media kit.

All images in her portfolio are available as high-quality fine art prints. Purchase links can be found on each individual image. In addition, they are also available to be licensed for a competitive price. For any inquiries, please visit the photo licenses page or contact Kristin via the contact page.